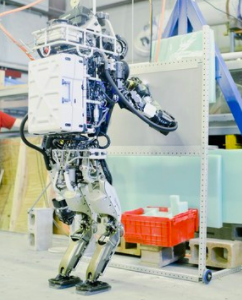 Robin explains: “I have more than a decade of experience in Matlab and Python, and Julia has completely replaced both languages for my research. … I firmly believe that the fundamental scientific goals of reproducibility and openness compel us as scientists to use freely available tools whenever possible. The fact that Julia is performant and expressive while also remaining entirely free and open source makes it an excellent tool for science. Compared to Python, Julia has clear benefits in terms of performance, but, for me, Julia's support for generic programming is just as important. In Julia, I can (and often do) write functions that may operate on a variety of data types, such as scalars or symbolic variables, and it is easy to handle both with the same body of code. Generic programming of this type in Python would require run-time type checking, which adds substantial computational overhead. Julia, on the other hand, makes generic code clear and efficient.”

Twan concurs: “My interest and background is mainly in programming online controllers for robots. Of course, one requirement for such controllers is good performance: making the most of the typically limited computing power available on the robot. This results in the prevalence of languages like C, C++, and (to a much lesser but still significant extent) Java for this kind of work. For serious online control tasks, languages like Matlab and Python are pretty much non-starters in my opinion. Another typical workflow used by some roboticists is to prototype in a 'productive' language like Python or Matlab, before moving to C++. I personally have a fair amount of experience with C++, Java, and Matlab.”

“In addition to raw performance, a notable requirement for online controllers is a limit on the amount of jitter that can be tolerated (i.e., hard real time constraints). If you're writing a controller for a walking robot and it doesn't provide new motor commands at a near-constant rate, the robot may literally fall over. This typically means avoiding dynamic memory allocation as best as possible, as memory allocation algorithms themselves typically don't have hard real time guarantees. In languages like Java and Julia, the garbage collector is an additional source of jitter. The garbage collector typically 'stops the world' for up to several milliseconds while it does its job, possibly resulting in a robot lying on the floor. Whether or not the language employs a garbage collector, the conclusion is the same: dynamic memory allocation in the control loop should be avoided. Finally, JIT compilation should also be avoided during online control.

“Given the constraint of avoiding jitter due to dynamic allocation and online JIT compilation, we find Julia to be more productive than Java. First, Julia provides immutable, stack-allocated user data types, while Java (at least as of now) only stack-allocates predefined primitive types like integers and doubles (note that sometimes Java can avoid dynamic allocation of non-primitive types as an optimization, but that's not guaranteed). In contrast, in Julia you can simply create, for example, a fixed-size 6-vector (provided by the wonderful StaticArrays package, which provides functionality and performance similar to the fixed-size matrices from the Eigen C++ library) in a function and return it by value, while the (tedious) pattern in Java is to pre-allocate everything and have methods mutate their inputs in place. Second, JIT compilation is also better than in Java. Julia's JIT compiler is actually much closer to an ahead-of-time compiler than Java's hotspot JIT, which may choose to optimize code after running it several times online (possibly stopping the world in the process). In Julia, the compiler is guaranteed to run the first time a certain method is called. Support for true static ahead-of-time compilation as an option is also rapidly improving, further improving Julia's position relative to Java. It should be noted that various real time implementations of Java exists, but they are either woefully out of date, or slow, or prohibitively expensive, and they can only somewhat alleviate the problems due to dynamic memory allocation and JIT compilation.

“Online control is not the only problem that roboticists are interested in solving. Problems such as parameter estimation, dynamical simulation, and (nonlinear) trajectory optimization are generally not done in an online control loop, but their solutions typically involve a lot of the same code that is needed for online model-based control. For example, all of these applications require a (preferably fast) rigid body dynamics library, and so it is preferable to reuse this code for all of these applications. Supporting all of these applications was one of our main requirements in designing our RigidBodyDynamics.jl package, and Julia made this easy, partly due to the ease of writing generic code. Generic code allows, for example, automatic differentiation using operator overloading, which is valuable for gradient-based algorithms used in trajectory optimization and parameter estimation. Java's type-erasure-based generics don't cut it due to their significant overhead, while C++ templates tend to be cumbersome to work with. Working with parameterized types combined with the type dispatch system in Julia is a joy, and has resulted in the adoption of a type-generic coding style by many package authors. In our opinion, this has resulted in much more reusable code than what is typically permitted by C++ or Java object inheritance.

“Julia's Python-like productivity and C++-like speed allow us to avoid having to make decisions regarding when to move to the fast language, and tediously reimplementing the same functionality. This has been a main goal of Julia since the start, and we believe the designers have succeeded to a great extent in this respect. When initially evaluating the language, I remember trying to ensure that Julia could match the speed of C++ when multiplying two 4x4 matrices (a building block of computing robot kinematics). Using StaticArrays.jl and Eigen in C++, I found that they were both equally fast (and produced almost identical native code, SIMD instructions and all), which helped convince me that Julia's raw performance would not be a bottleneck. The main algorithms in RigidBodyDynamics.jl are currently within a factor 1.5 to 2.5 of a well-optimized, non-generic C++ implementation, with further optimization opportunities still available, and also a bit of an additional speed boost on the master branch of Julia. Our new RigidBodySim.jl package, which provides a simulation and visualization environment built on top of RigidBodyDynamics.jl and DifferentialEquations.jl, can simulate a balancing humanoid robot at a near-realtime rate.

“One final advantage of Julia for our work is its excellent interoperability with existing C and Python code. There is a wealth of software for robotics and optimization written in C and Python, and Julia's built-in ccall functionality and PyCall.jl package make it easy to interact with existing tools. For example, we rely on the LCM (Lightweight Communications and Marshalling) library for the low-level communication between our robots and their controllers. Rather than reinventing all of that code, we were able to easily expose the existing C library to Julia with little or no overhead. Leveraging existing C tools like LCM gives us more time to focus on the important parts of our research.”