August 2, 2021 - Mogyoród, Hungary – JuliaHub, the fastest and easiest on-ramp for using Julia in the cloud, was featured on the Williams Formula One race car at the Formula One Hungarian Grand Prix this past weekend.

Formula One is at the cutting edge of innovation in new technology, including aerodynamics, materials science, engine performance, fluid dynamics, modeling and simulation. JuliaHub from Julia Computing is a cloud-based platform for modeling and simulation that powers these innovations. JuliaHub makes it easy for engineers and data scientists to turn any laptop or desktop computer into a virtual supercomputer with hundreds or thousands of CPUs and GPUs available on demand. 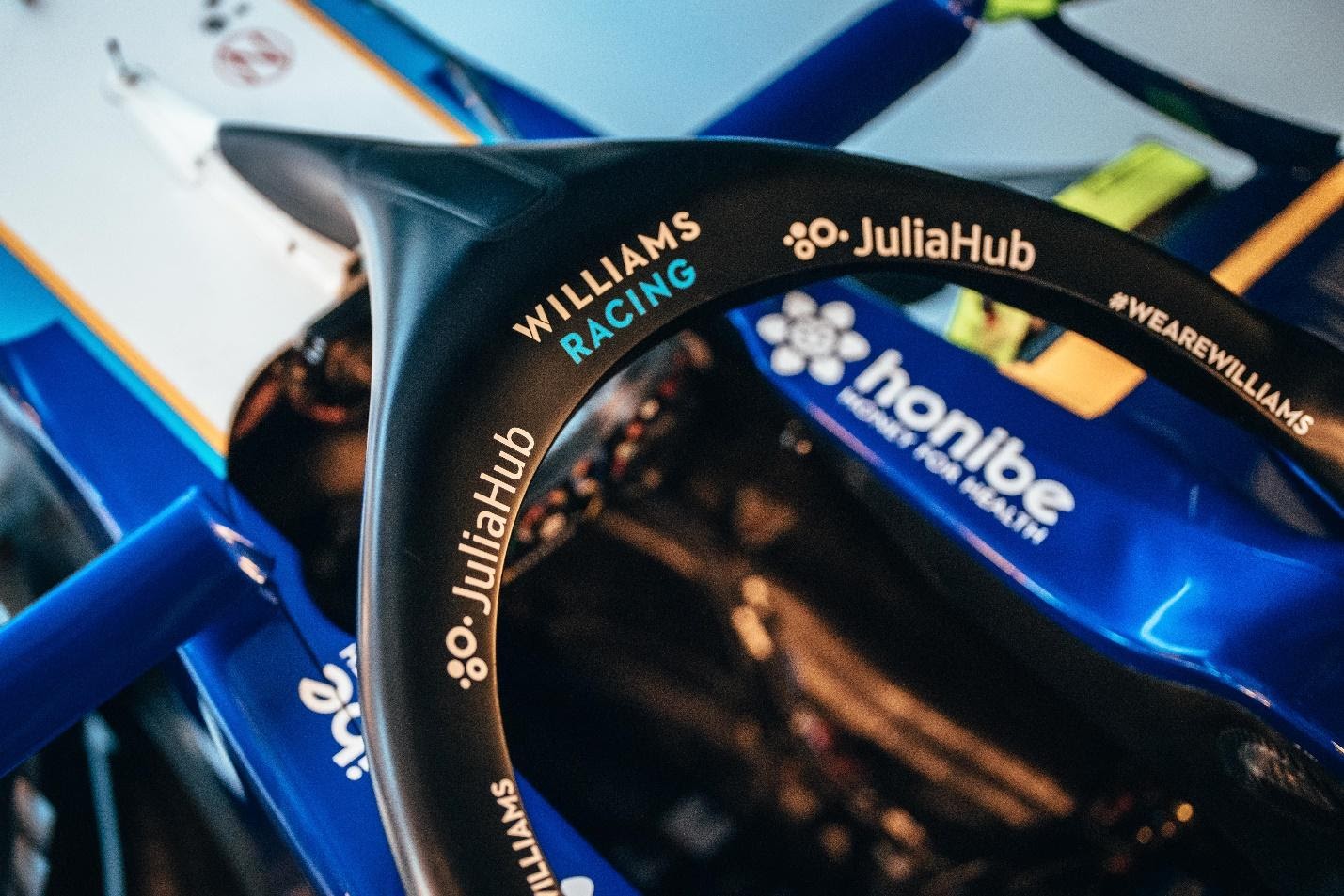 Backed by Dorilton Ventures, the early-to-mid stage investment arm of Williams Racing owner Dorilton, Julia Computing was founded by the creators of Julia. Julia is used by more than 10,000 companies worldwide including AstraZeneca, BlackRock, Google, Intel, Microsoft, Moderna and Pfizer as well as NASA, the Federal Aviation Administration and the Federal Reserve Bank of New York.

Originally developed at MIT, the open-source Julia programming language has been downloaded more than 29 million times by users worldwide, including thousands of open-source developers who have contributed to Julia and its 6,000 registered packages. Over 1,500 universities worldwide are using and teaching Julia, including world class institutions such as MIT, Stanford and UC Berkeley. The Julia co-creators are the winners of the 2019 James H. Wilkinson Prize for Numerical Software and the 2019 Sidney Fernbach Award. 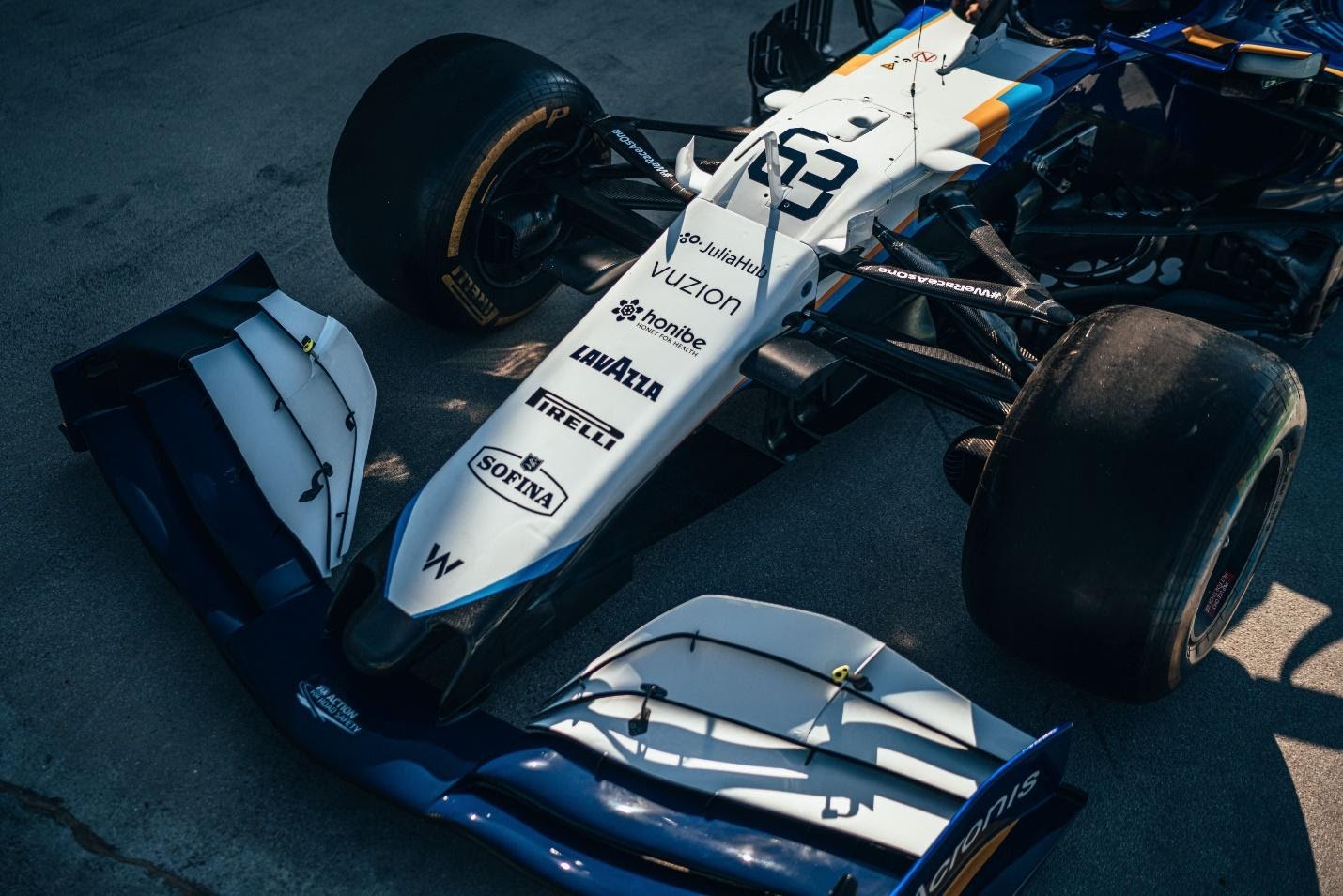 James Bower, Commercial Director for William Racing, said, “We are delighted to welcome Julia Computing to Williams as a partner of Dorilton Ventures. Investing in companies building best-in-class cloud technology is a strategic focus for Dorilton and the versatile JuliaHub platform, with revolutionary capabilities in simulation and modeling, is hugely relevant to our business. We look forward to embedding Julia Computing in the world’s most technologically advanced sport and we are excited to be involved in their future successes.”

Dr. Viral Shah, co-founder and CEO of Julia Computing and co-creator of Julia, added, “Working at the very center of technical computing, our mission is to modernize technologies in industries in danger of being stuck with the same approaches to their challenges. High fidelity simulations are driving an engineering revolution, as seen in our work with faster pharmaceutical development, better batteries, energy efficient buildings and climate modeling. We are delighted to explore several ways in which our technology can be leveraged to support Williams.”

Daniel Freeman, General Partner, Dorilton Ventures concluded, “We are proud to bring together two great Dorilton companies. The early stages of collaboration between Julia Computing and Williams have only scratched the surface of potential synergies. Connecting Julia’s transformative technology with Williams’ ambitions on the track promises to be an exciting journey for both.”

Julia is the high-performance language of choice for data science, artificial intelligence, modeling and simulation applications. Julia solves the two-language problem by combining the ease of use of Python and R with the speed of C++, while providing parallel computing capabilities out of the box. Julia has been downloaded more than 29 million times and is used by more than 10,000 companies and over 1,500 universities. The Julia co-creators are the winners of the 2019 James H. Wilkinson Prize for Numerical Software and the 2019 Sidney Fernbach Award.

Julia Computing was founded in 2015 by all the creators of Julia. The company provides scalable enterprise computing solutions through its JuliaHub platform. A recent focus area of the company has been the creation of a suite of modern ML-enhanced modeling and simulation tools, such as the Pumas framework for pharmaceutical simulation.

Dorilton is a private investment firm that invests in businesses across a range of industry sectors, working in partnership with management to grow value over the long-term. We provide funding and expertise to drive growth, allowing our companies to achieve their full potential.